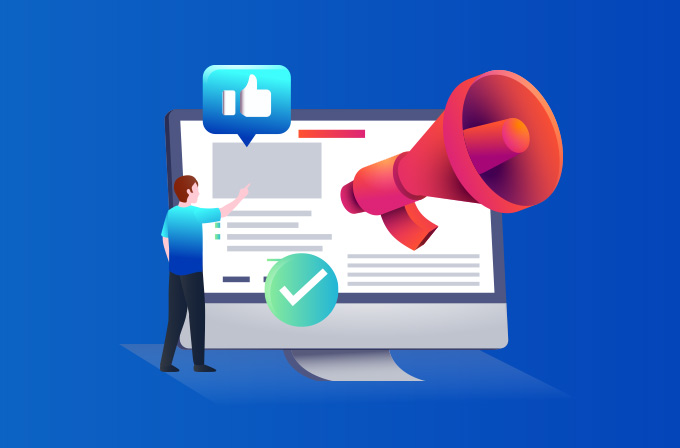 Considering yourself as one among the audience, what are your thoughts about the advertisements you come across on a daily basis?

Some are disruptive and intrusive. Some are just click-baits and completely irrelevant. And some are just plain annoying, aren’t they?

This aversion towards advertisements stems from the notoriety that sales talk has garnered over generations with marketers pulling out every dirty trick in the bag to make people buy their stuff. Now, the crowd has gotten a whole lot smarter and they just don’t like being sold to.

Given this scenario, marketers are having a tough time to get their products seen and heard above all that marketing noise.

But they have not accepted defeat. They have relentlessly continued to hunt for new ways to connect and engage with their audience. Since then, advertorials have taken an honourable position in the digital marketer’s armoury by helping them sneak up on the user’s feeds and websites he visits in the form of an informative article.

Advertorials are not like your typical ad copy with exaggerated claims, catchy phrases and image aesthetics.

As the name suggests, an advertorial is what you get when you slap together an advertisement and an editorial.

In a way, they are advertisements in disguise.

The editorial disguise works well because we don’t look at editorials the same way as advertisements. Editorials are generally perceived as an authentic piece of content written by someone who has profound authority on that particular subject and published on a reputed platform to enlighten the reader with the wealth of knowledge that it brings.

As you can see, the attributes of an advertisement come nowhere near that of an editorial.

And hence we go for the disguise.

Advertorials are not a recent discovery. They have been in existence long before digital advertisements surfaced and ruled the marketing domain.

If you are wondering what a classic advertorial looked like, check out the example below:

Guinness Guide to Oysters is one of the earliest examples of an advertorial that was published in a magazine in the year 1950.

Here, Ogilvy has thrown conventional advertising principles to the wind and created a masterpiece of an ad for a beer company named Guinness.

Notice how he has kept a larger portion of the Ad space to providing valuable information to the reader. We bet there were many people who were actually interested in the types of oysters they ate because this piece of advertorial was a hit with the general public. People tore it out of the magazine and kept it for future reference. Even restaurants used to hang it on their walls.

That was the power this advertorial wielded over the audience.

And the product promotion, it can be seen at the very end of the page. As a footnote.

But that did not stop this ad from being effective. It was a huge success!

Coming back to the 21st century, marketers can still learn a valuable lesson from this historic example.

Check out this piece of content paid for by Mitsubishi Heavy Industries for publishing on Forbes, one of the most trusted media companies in the world. 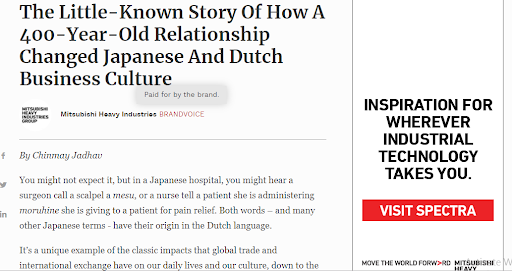 Let’s take a look at what makes this advertorial effective:

And now you know how to make your advertisements non-intrusive and less-annoying using advertorials.

On a closing note, advertorials are not to be confused with content marketing. They can never be a replacement for content marketing. It is just a paid option you can delve into for getting your content across to a larger audience and to step up your advertising game. 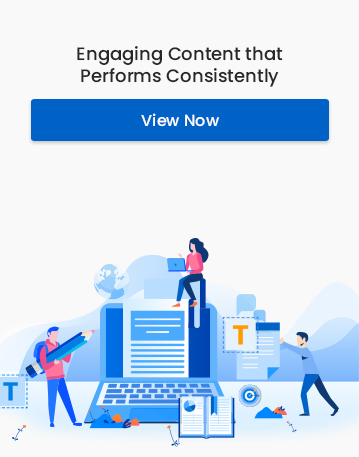 ‘Content is king’- the title of an essay by Bill Gates published in 1996 has become an overused phrase that… read more...
Amazon, the world’s eCommerce giant, has grown massively over the years. It has evolved greatly to help a lot of… read more...
You like pineapple on a pizza. To get your view across, you decide to write a blog on it. However,… read more...