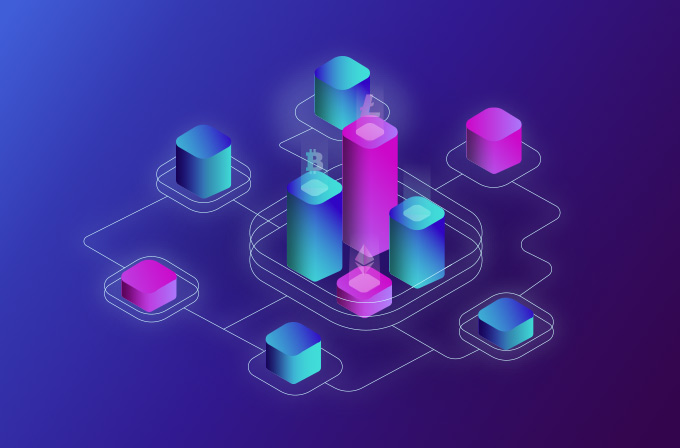 ‘Blockchain’ is a term that usually gets thrown around while talking about Bitcoins.

And some people think that they are the same. But that is not so.

In reality, blockchain is the technology that powers Bitcoin and other cryptocurrencies.

But we are not here to talk about Bitcoins. Blockchain is a revolutionary technology which can extend beyond the scope of just cryptocurrencies.

A common definition that comes up on the internet when you search for blockchain is “a decentralized distributed digital ledger that is used to record transactions shared over a peer-to-peer network.”

That is a lot of D’s with nothing to make you fully appreciate and understand what exactly blockchain is and the immense scope this promising technology offers.

If all the technicalities surrounding blockchain is going over your head then let us try to understand this with the help of a popular analogy.

Our analogy is, in fact, a story about a village set in the ancient era before things got all high tech and sophisticated. This village consisted of around 10 families. Some villagers grew crops, some hunted animals while some collected firewood. It was long before money came into existence. And so, the villagers employed a barter system of exchange- the hunter would give the farmer meat in exchange for rice and likewise among all the villagers.

This scheme worked just fine. But at times the farmer may not have the crop harvested yet. So in order to buy meat, he will have to make a promise to the hunter that he will give him a bag of rice once it is harvested. The hunter was okay with this as he trusted the farmer.

A lot of such promises were being made in the village. Trying to remember and keep these promises turned out to be cumbersome after a while. Consequently, people started disputing over promises that were never made or never kept.

As a solution to this problem, the villagers came up with an idea to appoint a person to keep track of all these promises. This person, let’s call him Mr Ledger, had a ledger book where he recorded each of these promises. The fulfilment of promises between parties was carried out according to the data in this ledger.

Unfortunately, this proved to be only a temporary solution to the villager’s problem.

As the ledger started filling up with promises, Mr.Ledger realized that he is crucial to the trade in the village and he started taking a commission for the service he was doing.

With time, Mr Ledger became very powerful and began to take bribe in order to corrupt and manipulate the data in the ledger on top of charging an exorbitant fee for his services.

The villagers grew disgruntled with this and sacked Mr Ledger. Instead of making another appointment to Mr Ledger’s post, the villagers decided to come up with another proposal.

Everyone in the village should keep a ledger. Every evening, there will be a gathering where all the promises that everyone makes will be noted down by everyone present into their ledgers.

A ‘Validation meeting’ will be conducted every week where each villager will read out the data in their ledger.

If the data is consistent in all ledgers, they all have come to an agreement and new entries will be validated and added.

In case of discrepancies, the data will be validated by first cross-referencing with all the ledgers. The data value which the majority of the ledger contains will be selected as the true value.

This is exactly how blockchain works. It keeps records of all transactions just like the ledger used by the villagers in our story. These transactions can be in the form of Bitcoins, money, goods or secure data. A copy of each block is retained by a large network of computers called nodes. Whenever a transaction is made each of these nodes check its validity. Once the transaction is validated by the majority of the nodes, it is added to the blockchain and cannot be modified. These blocks are then linked to prior entries in the chain with the help of a hash function.

Private keys and public keys are used for authentication and authorization purposes. Together they give a digital signature or unique identity to the user. Every transaction made will be tagged with a unique ID and a timestamp and will be broadcast to all members on the network.

As you can see, here the data is decentralised. Blockchain employes a distributed system consisting of a peer-to-peer network of nodes to ensure that the authority to modify and access transactional information does not lie with one central authority (such as a government agency or a bank).

In addition to decentralization, blockchain offers the advantage of transparency. Anyone can view its contents. Having so many eyes on it actually makes it more secure- any alteration made is bound to be noticed by someone on the network.

Blockchain helps to weed out the middlemen and make the transactions more transparent.

This ingenious invention brought to the limelight by the group pseudo named Satoshi Nakamoto surely brings out the best of both internet and cryptography in building trust online. Despite a part of the population being sceptical about blockchain, it does have a promising future as a core payment facilitator. 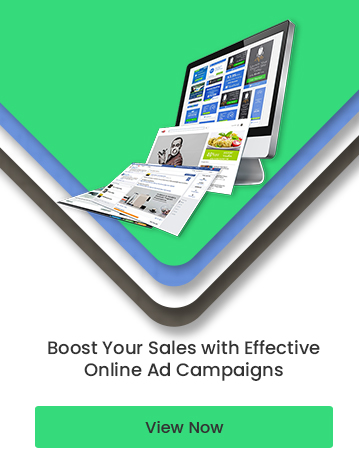 Display ads are the billboard advertisements of the web. They were those unattractive rectangular boxes with flashy buttons prompting you… read more...
If you have gone through your web analytics report, you’d know well that 30-40% of your website visitors bounces off… read more...
To say that Artificial Intelligence or AI has completely revolutionized the way we live is an understatement. From performing mundane… read more...